Year 12 Final Exam: Turning a Negative Result Into a Positive 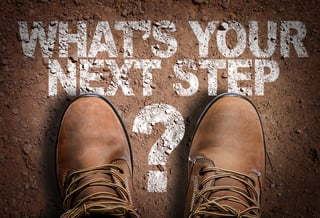 The 2017 New South Wales Higher School Certificate (HSC) results were released on 14th December.  For those who wish to attend a university in 2018 – or perhaps 2019 if they take a gap year – the ATARs  (Australian Tertiary Admission Ranks) were released the following day.

For many, their efforts and high hopes will have been rewarded.  For others, feelings approaching despair in some cases! More than once I have answered knocks at my office door, fielded phone calls, text messages or e-mails saying something along these lines: “I didn’t get the ATAR I need to get into my course.  My life might just as well be over!”

There is always a way!

In fielding calls from disappointed students, I try to respond optimistically and reassuringly.  I do so because I believe it is important for me to respond this way.   To what might seem a crisis to a young person who hasn’t done as well as they hoped or expected, it is important to remember that university is one way.  It’s not THE way.  And it’s certainly not the only way.

I can say in all honesty that as a school based and private practice Careers Adviser, there is rarely an occasion when a young person – and less frequently someone not so young – has come to me at the point almost of despair, when we have not been able to find a way forward for them.  Sometimes, the less direct route, in the long term, proves to be an even better way.

There are many options and alternatives available today.  Below, I am happy to present a selection of them and equally happy to discuss individual circumstances.

Even now as I finish writing this on the 20th January, 2018 there are still three UAC (Universities Admissions Centre) offer rounds remaining before the commencement of the 2018 academic year.  Although the bulk of offers to Year 12 leavers are made in December Round 2 and January Round 1, further offers will be made on the 31st January, the 8th February and the 15th February.  So it is still possible to receive an offer in one of the later UAC Rounds.

The non-metropolitan universities all offer similar programs.  While most of these state a minimum ATAR, at least one, the suite of Extended Diploma programs at Western Sydney University do not require an ATAR.

Those wishing to study Medicine should apply to every medical school in the country. They should also consider the University of Otago in Dunedin, New Zealand.  Otago’s Health Sciences First Year (HSFY) will not guarantee admission to Medicine, but has a significantly lower entry requirement. This in turn will narrow the field of competition for selection at the end of the first year of study.

In addition to the TAFE (Technical & Further Education) Tertiary Preparation Course, the successful completion of a TAFE diploma in a compatible area can lead to admission to a university degree with advanced standing or credit for the work completed at TAFE.

A gap year can also be a good option regardless of whether or not a young person wanting to attend university has been successful in receiving an offer.  Gap years can take many forms and have many benefits.

Taking a gap year gives one the chance to take stock.  To reflect.  To regroup.  To consider what they really want to do in the medium to longer term.  During their gap year they can work.  Then maybe travel.  The enhanced levels of independence acquired, the exposure to different cultures perhaps, the need to accept personal responsibility, to manage their own money, time and difficulties can all contribute later on to distinguishing their job application from the applications of others.  A distinguishing feature makes the applicant more likely to be offered and interview.  It is also likely to make them more employable.

All you need to do to explore the wide range of options is to type “gap year options” into the Google search engine to start exploring the wide range of formal programs that are available, both in Australia, and overseas.

In a recent newspaper article, Jenna Price (Sydney Morning Herald 15 December 2017) explored some of the benefits in delaying the commencement of post secondary studies. Amongst other things, she quoted a research study which concluded that students who defer university are found to have higher marks than students who commence university directly after completing school.  This mark advantage is more pronounced among lower-performing students, and in particular, male students.

Turning a negative into a positive

One very important thing to remember when things appear not to go as you would have hoped, is this:  there is always a way.

Sometimes a break from study can help, but try and make sure it’s a break with a purpose.  A break that forms part of a longer term plan.  If that idea doesn’t fit with your individual personality or style, that’s okay too.

After the NSW Higher School Certificate (HSC) - What Next?

Apprenticeships & Trades - a Good Way, and maybe Best for Many

5 Common Causes of Anxiety About Transitioning from School

What is School For? Passing Exams or Enabling Students to Thrive