What is Dyslexia - How do I know if I have it? 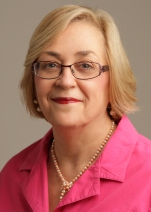 “Dyslexia” is a term used widely, and often not very accurately, to describe a range of reading difficulties. Because parents often struggle to know whether their child’s difficulties with learning to read are related to dyslexia, LearnFast recorded a video interview with speech language pathologist and dyslexia specialist, Devon Barnes and asked her to explain dyslexia.

Some key points from the interview are:

Learn more about dyslexia: Watch the video on the LearnFast You Tube Channel.

Interviewer: Devon, thanks for joining us.

Interviewer: Can you tell us what dyslexia is?

Devon: Well basically, if we look at the word, dyslexia, dys means difficulty with, and lexia means word. So the simplest way we can explain it is, really difficulty with words and in particular with the written word. So people who have dyslexia have a great deal of difficulty learning to read and spell.

Interviewer: Colin: Can you tell us what it is not?

Devon: Well, dyslexia is not related to intelligence, so it's not to do with having a low IQ. It is also not illiteracy, illiteracy being inability to read and write because you haven't had instruction. And dyslexia is not really about the visual system entirely, so a lot of people in the olden days thought that dyslexia was something to do with the eyes. Well, we now understand that it's not. If you're a sighted person, you do need to have adequate vision to learn to read and spell, but it's not a difficulty primarily with the visual system, but with the language system.

Interviewer: And so does that give us a clue as to what actually causes dyslexia?

Devon: Well I think there's been a lot of research in a last 20 years or so into the causes of dyslexia, and we know that it's largely inherited, so it's mainly a genetic disability where you just inherent different brain wiring which prevents you from learning to read and write easily.

Interviewer: So how do I know if I actually have it?

Devon: Well, if you've struggled to learn to read, and in particular you have a lot of difficulty with spelling, spelling seems to be the most difficult part of dyslexia in the long term. I think with what we know now how to treat dyslexia, many people with dyslexia can become competent readers, but always they will have difficulty with spelling because spelling involves a lot more cognitive processes, particularly in the area where we need to analyze the sounds within words and remember the printed forms of words.

What we do know about dyslexia is that it's a language problem. And in particular, that part of language where we have to deal with the individual speech sounds that we use when we speak. So, for example, if I am speaking and I'm using those speech sounds to make words, my brain has to have those sounds very precisely mapped in my auditory cortex, and I've got to be able to deal with those sounds. Speech sounds are known as phonemes, and in English we use 44 of those when we speak. So the challenge for someone with dyslexia, and we know this is where the difficulty lies, is in making the connection between the sound that we produce when we speak, and its corresponding letters or symbols depending on which language you're learning. So it's that difficulty making a connection between the symbol that represents a sound and the spoken sound.

Interviewer: So if I was struggling with that myself, would that manifest itself in me with just a general frustration about reading and writing, or would I get frustrated about my ability to spell? Is that how I would discover it in myself?

Devon: Incredible frustration for the person with dyslexia in both of those, in both reading and writing and particularly spelling. Often children will, it doesn't take them very long. They can only be in maybe kindergarten or year one, and they will start to feel very different from their peers. They'll start to feel stupid, they'll start to feel dumb, where quite often the child with dyslexia is highly intelligent. But because of the difference in their brain wiring, they're just not able to make those connections between the sounds and the letters they represent, which really impairs their ability to read and spell easily in those early years.

Interviewer: I suppose if we're dealing with children, I guess a child might start to realize that something's wrong if their teacher keeps hassling them about their spelling, or maybe their poor handwriting. Is that how it might come out?

Devon: Yes, poor handwriting often goes hand in hand with dyslexia as well, and one of the first things a teacher will find is that the children have difficulty in learning those what we call sight words, those very common words that we use. Twenty-five percent of all words can be reduced to about 20 words that we use 25% of the time. Children have a lot of difficulty remembering those, and learning those. And also in just learning to read in general, they have difficulty sounding out words for the process we called decoding. It's that ability, if we've got word that we can't read, we use our knowledge of sound letter association to work it out.

Interviewer: Is it more common in English language speakers?

Interviewer: Devon, thank you for your time.

Want to know more about Dyslexia?

Dyslexia & Intelligence: Is there a connection?

How Strong is the Link Between Auditory Processing Disorder & Dyslexia?