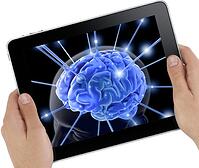 How do we get auditory processing disorder (APD) – is it something we are born with? To find out, LearnFast interviewed Devon Barnes, speech pathologist and APD specialist.

• You can be born with it
• There are likely to be students with APD in almost every classroom
• Informed, aware teachers can identify students who may have APD
• This disorder can be related to dyslexia

Interviewer: So Devon, different causes of auditory processing disorder. I have to ask, can you be born with this thing? Can you inherit it?

Devon Barnes: Yes, you can. So basically, what you inherit is just some faulty wiring through your genes.

Interviewer: Wow. Even though you're born with it we're suggesting that it can then be treated if it's discovered?

Devon Barnes: Yes, very much so.

Devon Barnes: Yes, I'm glad you've asked that question, Colin, because I've actually done a bit of research just recently into the literature, and I haven't been able to find any current statistics on incidence. There could be some research happening right now.

But at this point in time, we don't have an accurate percentage of the incidence in a classroom. But I would think in every classroom, there's going to be at least one or two, or even up to four or five children that could have some aspect of auditory processing disorder.

It's possible then, I guess that teachers could play a role in helping science to, perhaps, bring these things up or make people aware of the fact that there are problems?

Devon Barnes: Yes. Now, you know, the teacher is really the person that's going to be observing these children. If you get an observant teacher who's aware of what that behaviour might mean, a behaviour they're seeing in a child and what that might mean.

Interviewer: Well from my experience in the classroom, I have to be honest and say that I've often felt a little bit uncomfortable about perhaps suggesting that someone might have a hearing problem. Is that something that a teacher should feel uncomfortable about? Or can we be open about it?

Devon Barnes: Oh, be open about it, you know, because I think an aware, informed teacher is obviously going to be of great benefit to a classroom of students. Some of the things that a teacher might observe in a child who could have a processing difficulty would be things like children who are not able to remember the instructions.

So halfway through the instructions they've forgotten what the teacher says. They might remember the very last bit but not the first bit. So when the teacher says to the students, "Get out your math book, go to chapter three, go to question seven and do a, b and c." Your child with auditory processing would get b and c, but they won't have remembered the rest of it. And so they're looking at their mate and are saying, "What did she say? What have I got to do?"

Interviewer: So they're just hearing bits and pieces?

Devon Barnes: Yes, they're not hearing all of it. Or it's your student who if there's a lot of talking being done in the classroom, they'll seem to just drift off, because, again, the brain's overloaded and they can't take in anymore information because the brain's gone on auditory overload.

Interviewer: Right. Sorry to interrupt. But if you're suggesting that bad spelling is an indicator, then I have to say that all of my students have got auditory processing disorder.

Devon Barnes: I think bad spelling, I hate to say this, but I think some of that reflection is the way spelling is actually taught in the classrooms these days.

Devon Barnes: But for some students, their spelling issues have to do with the fact that they aren't able to analyse sounds within words, which is a skill you need to be a good speller. They can't hear the difference between a "P" and a "B".

Or when there's three consonants together in a word like "Splash" they maybe hear the "S" and the "L" but they virtually don't hear the "P" sound in there. So they have difficulty with that auditory analysis.

Devon Barnes: Because of difficulties with processing speech sounds.

Interviewer: It sounds like there could be a little bit of a crossover with that and dyslexia.

Interviewer: Am I hearing that correctly?

But it certainly is the case that children with certain aspects of APD do have more difficulty with acquiring competent literacy skills.

Interviewer: Wow. So let's just say for example, and we might finish off with this one, let's just say that I was born a perfectly healthy baby, and I had a reasonably normal upbringing, say, to the age of five. Is it possible for me to develop auditory processing disorder as I get older?

Interviewer: Okay. So that's a critical distinction there, isn't it? Something that could be seen as perfectly normal for the first five years for a parent of the young child could say, "Ah, that's just my kid." They might actually be overlooking something which could be the beginning of something quite serious.

Devon Barnes: Exactly. And this does happen.

Devon Barnes: Particularly when we're thinking of language based in every subject, as language based. But for some students, when language becomes more complex and less literal, subtle aspects of auditory processing as in not understanding sarcasm because you're not able to make those find distinctions between tone of voice.

So I might not understand that something was a statement rather than a question. Or I can use the same words to be complimentary or insulting. And if I have a problem with processing those subtle tonal differences in speech, I can misinterpret what's being said to me.