Dr Burns is a neuroscientist, author of over 100 journal articles and multiple books, and a leading expert on how children learn.  Her talk covered topics including autism, attention & listening skills, working memory, self-regulation & cognitive control, dyslexia, intelligent tutoring systems, the neuroscience of learning, goal setting, and what's next for neuroscience.

"The bottom line of all the research is that autism spectrum is very, very complex. There are probably as many different kinds of autism as there are children with autism spectrum disorders. So it isn't a unified group at all", said Dr Martha Burns in a recent presentation at a neuroscience learning conference in Tuscon, USA.

Here is an abridged version of her presentation about autism. Dr Burns said:

"We know that most of the research shows now that it's the long association fibre tracts that don't mature in autism spectrum disorders. But it's not the same for each child. Every child is a little bit different.

Can comic books help people with autism make sense of their world? 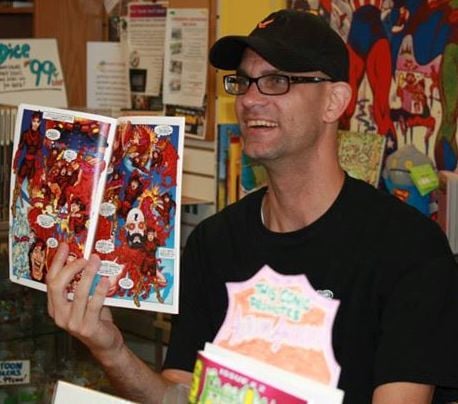 Can comic books help people with autism make sense of their world, and interact better with the people around them?

Dave Kot believes they can, if they are written specifically for children on the autism spectrum. Kot, who has autism himself, has written the first comic book in the world with a hero who has autism.

Face Value Comics volumes 1 & 2 (more to come) were written by him, his wife, Angela, and a team of illustrators who live in a small town in Pennsylvania, USA. They aim to explain to a young person with autism, what autism is.

Dave Kot says, “At worst, the comics are just family fun and entertainment. At best, autistic kids have a hero like themselves. They can understand what autism is or what it isn't, relate to situations and be open to positive communications about autism”.