The 60 Minutes program on Channel 9 (Australia) on Sunday June 1, 2014 included a segment about the Arrowsmith School, and featured some children from the 35 Australian families currently at the school in Canada.

The Arrowsmith program was developed by Barbara Arrowsmith- Young and uses the principles of brain plasticity to improve the learning abilities of children with a range of learning disabilities including dyslexia.

Families who have gone to the Arrowsmith School report very significant improvements in their children. If your child has a severe learning problem, they may be able to be helped by the Arrowsmith program.

Right now it is necessary for them to go to Canada because there are very few places in Australia and New Zealand where the program is available. Of course this involves considerable cost/financial sacrifice and potential disruption to their families as one parent usually accompanies the child to Canada.

An alternative for families contemplating relocating to Canada for the duration of their child’s attendance at the Arrowsmith School is to consider Fast ForWord, a brain plasticity program that improves learning capacity for all students, including those with severe learning difficulties. 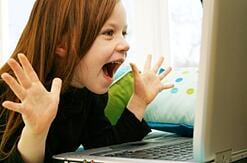 Fast ForWord and the Arrowsmith program were discussed in the best selling book, the “Brain That Changes Itself” by Dr Norman Doidge.

Fast ForWord can be done at home in 3 to 6 months, 30 to 50 minutes a day, 5 days a week – so it fits easily into families’ schedules. No need to split the family and live overseas, and you can start immediately.

Fast ForWord was developed by neuroscientists and its effectiveness has been confirmed by many research studies.

Some Arrowsmith School students have returned home to Australia and have done Fast ForWord as a follow up program to further strengthen their improvements.

In fact, at a presentation at The Kings School, Sydney in 2012, Barbara Arrowsmith recommended both Fast ForWord and the COGMED (working memory) program as alternative therapies for children who cannot access her program.