You won’t know for sure unless your child has an assessment by a trained professional.

What you should know, however, is that ADD/ADHD is often mistaken for Auditory Processing Disorder (APD).

The symptoms can be similar in both disorders. But their management is quite different, so its important to identify if your child has one or the other. (Although some children can have both APD and ADHD at the same time).

Here is a quick checklist, developed by neuro-audiologists Dr Frank Musiek, and Professor Jay Hall, which helps separate the disorders. 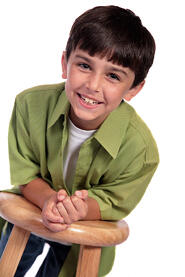 Your child may have ADHD if they appear:

1.  Inattentive – they seem to daydream, or find it hard to stay focussed

Your child may have APD if they have:

5.  A tendency to be easily distracted

Note that inattentiveness or difficulty staying focussed and paying attention is in both the ADHD list and also the APD list. But there are 11 other different behaviours that can give us a clue whether the child may have ADHD or APD.

In summary, if your child’s difficulties are mainly in situations where they have to listen, they more likely to have APD. However, if they have difficulties staying focussed, not only when listening, but also in other situations  - such as doing homework, or getting ready for school in the morning – then they could have ADHD.

Could Auditory Processing Disorder be the Reason Your Child is Struggling to Read?

How strong is the link between Auditory Processing Disorder & Dyslexia?