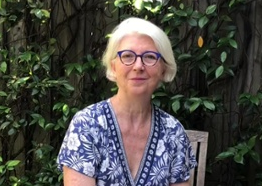 As an educator who specialised in teaching children to read, I tried lots of different methods. Some worked with some children and some worked with others but there wasn’t one that I could say was super effective.

For 3 years I ran a reading group before school which we called Early Birds for the children who needed more help with literacy. We staffed the program with parents and volunteers and every morning before school we would see up to 15 or 16 children for a twenty-minute lesson, one on one. And when we did that, we started to see the children make progress in their reading.

The volunteers used a well-known and respected reading program developed by a local university. The program was effective but is was also slow and very labour intensive. I had to find volunteers, train them and make sure they knew when to come to class and I had to be at school an hour early every day. It was massive. It was like running a whole class with heaps of people in the room coming and going. Once they finished tutoring one child, they might start another child, or they might head off. It was a lot of work.

What to do for a very unusual student

Then I changed schools and moved to the country. At my new school we had a very unusual student in Year 7 and when the Principal asked me what we could do for him I told him about Fast ForWord.

At that stage, I had never used Fast ForWord but I had attended a lecture about it and understood that it was neuroscience based.

We began using Fast ForWord that first year on 20 students and the results were so pleasing that the next year we trained 50 students.

I realised that Fast ForWord was superior to all the other programs I had used.

The computer gave the children, the many repetitions required to physically improve the brain and in the process, it never lost its patience.

Fast ForWord was doing what we were doing at my old school in the "Early Birds" class but it was like doing it on steroids. It just was so much quicker, so much more effective. The labour intensity wasn't there because the kids do the program on the computer.

If a child made three mistakes in a row, the program dropped down the level of difficulty and made the next question easier. Because it aims to keep them in that sweet spot of learning  they were challenged but not overwhelmed.

So, every child was on an individual program, sitting at their computer, with headphones on and working solidly. I was the only adult in the room.

And I'd look around and think, "This program is, amazing. It's amazing that one teacher can have this many children working hard on a computer responding just to them."

We saw miracles happen. There was one girl whose dad had told me that every afternoon she'd get home, and they'd ask her to do homework and there'd be tears, and a meltdown. And after she started the First ForWord program, that behaviour eased off and finally stopped.

And the thing that struck me is when he said, "The 'blank screen' look has gone from her face."  she was finally starting to understand speech at a normal speed. She began to understand everything she heard rather than just about a third of it.

All of the programs that I have used in the past have been excellent programs. I have nothing but positive things to say about them.

But, Fast ForWord is quicker. It's quicker. It's more direct. It gets to the root of the problems. It fixes the brain rather than just trying to teach reading or maths, which is a great thing, this actually gets to the underlying causes of the learning problem.

Primary Teacher: Success for Her Struggling Students with Fast ForWord