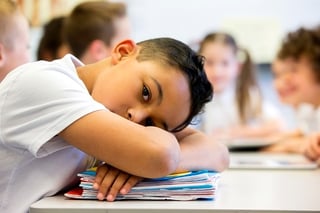 The stereotypical lonely old lady or man is what many people think of when confronted with the fact that there are lonely people all around them.

It's easy to understand why some old people may be lonely. They’re living alone. Their children may live far away, or they may not have children. These lonely men and women might have illnesses or physical disabilities that prevent them from easily leaving their homes to make or maintain friendships.

We don’t often think of children being lonely. But many are.

A recent article in Scientific American magazine, January 2018, pointed out that loneliness research spotlights young people because of the lingering effect that loneliness can have throughout a lifetime.

Lonely children are at a higher risk of becoming lonely and depressed adolescents and adults.

A study at the University of Groningen in Holland in 2016 found that lonely children fall into two groups:

The encouraging news is children in the first group can be helped by social and emotional learning (SEL) programs.

Children in the second group are more likely to be assisted by counselling.

How Do We Reduce Bullying in Our Schools?  NSW Government’s 4 Criteria

Bullying Can Be Even Worse for Children with Disabilities