Paying Attention: It's Harder Than You Think 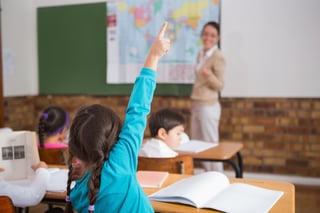 We might think this is a simple case of distraction. But attention is in fact a much more complex function than most people realise. Do you ever forget what you came into a room to get? Or, have you ever been listening to an audio book only to realise that you stopped paying attention several pages back?

The following article by speech language pathologist and neuroscience educator, Dr Martha Burns, explains attention and describes how we can improve it by specific types of training.  The article was first published in The Science of Learning Blog.

In fact, trying to figure out exactly what attention is, and why some children find it easier than others, especially in school, has been the focus of psychologists for years.  As adults, we realise that the ability to attend carefully to a task, ignore distractions and stick with it, is something that takes time for children to develop.

But, what exactly is attention? Why is some information easier to attend to than others? What is an attentional disorder? And, perhaps most importantly, are there ways to improve our ability to pay attention?

But knowing what we think attention involves doesn't help us understand how this ability develops in children or why is it so difficult for all of us some of the time -  and for some, a lot of the time. The fields of cognitive psychology and cognitive neuroscience have begun to help us understand how very complicated something that seemed so simple to William James, really is.

Attention is not just one thing

Neuroscientists like Dr. Michael Posner and his colleagues have helped us understand that attention isn't just one thing.

There are several types of attention. To begin with, there are different components of attention that correspond to different connected brain areas (networks). Dr. Posner and colleagues have identified three of these: alerting, orienting and executive.

You know that when you are alert you feel wide awake and responsive to what is going on in the world around you. An alert state is very important for performing any task well and we all know what it is like when we are groggy and mentally foggy, especially first thing in the morning.

The chemical, norepinephrine, that modulates alertness largely in the frontal and parietal brain regions. Alertness can be triggered by warning signals of any kind which rapidly allow us to change from a resting state to being more receptive to new stimuli. This is a bit like the yellow light on a traffic signal that prepares us for when the light changes to red.

The second component of attention is orienting. When you are oriented, you know where you are, who you are with, the day and time and most importantly, what is needed to perform the relevant task at hand. It is this ability we rely on in situations like having to efficiently navigate a large airport during a connection.

Our senses are very important for orientation, allowing us to take in visual, auditory and tactile information from the world around us and use it to figure out what is the most relevant information to accomplish a task. Navigating an airport during a tight connection requires looking for appropriate signage and maps, asking officials if necessary, noting the boarding time and figuring out how quickly we need to move to get to the correct gate on time.

The third component  of attention that Dr. Posner and colleagues have studied involves the executive network. This is tied to our goals and helps us resolve competition for our attention when there are distractions or conflicts.

We can think of this level of attention as akin to self-control, maintaining attention in a regulated and purposeful way to accomplish a goal. The areas of the brain involved are complex and distributed widely through the brain. The executive attention network enhances activity in brain regions related to our goals and inhibits conflicting activity. This control requires coordination of our executive functions (goals, priorities, organization), emotions and other cognitive functions like memory and knowledge so that irrelevant feelings or thoughts don't interfere with getting a job done.

This kind of effortful control and self-regulation takes time to mature, and can be quite variable from person to person (and task to task).  Executive attention (sometimes referred to as cognitive control) is highly correlated with success in school and later life.

Dancing and athletics often requires selective attention to movement and bodily senses, as well as visual and spatial attention to those moving nearby. For each of our senses, children need to learn to selectively pay attention.

Dr. Alison Gopnik and her colleagues have studied the maturation of selective attention in young children as well as adults when they are in new environments. She has found that young children, as well as adults in a new stimulating environment (like a first trip to Paris during an exciting time like a honeymoon), are often global attenders - taking in many sights and sounds at once.  That makes for a fun day at the park or vacation. But to get a job done or accomplish a goal, we need to be selective about what we pay attention to (and ignore).

What is an attention deficit disorder?

Selective auditory attention may be especially challenging, particularly in today's world, where we are bombarded with rapidly changing information and frequent technological interruptions.

For many children, moving from the world of multi-sensory experiences in play, or using  tablets and television, to sitting still and selectively attending to a teacher in a classroom can be particularly difficult.

For some children, there appears to be a physiological limitation, beyond that expected for their age, on their ability to listen and learn on demand. This is referred to as an attentional deficit hyperactivity disorder (ADHD) if the difficulty involves both selective attention and behavioral control, or ADD if there is not a problem sitting still. Although ADHD and ADD are considered medical diagnoses and often treated with medication, there is evidence that attentional skills can be moulded.

The good news: attention is trainable

In fact, many scientists including Drs. Posner, Stevens and their colleagues have found that attentional skills are responsive to training. Dr. Stevens and colleagues found that a short (six week) period doing exercises in the Fast ForWord Language program.

This occurred in both language impaired and regular second graders compared to students who had a steady classroom curriculum but did not participate in the specific auditory attention exercises.  Fast ForWord trains selective auditory attention in several different contexts (language listening tasks, two-tone rapid sequencing tasks, speech-sound discrimination tasks). Thus, a regular use of this program resulted in improved auditory selective attention for listening to stories and reading aloud.

In an article reviewing the research on the relationship between selective attention and academic achievement, Dr. Stevens and her colleague Daphne Bavelier conclude, “there may be large benefits to incorporating attention-training activities into the school context” (page S44).

Luckily, neuroscience-based interventions are now available to help educators build attentional skills in their students, to free them up so they can focus on covering curriculum content.

How well did you attend while reading this article?

How did you do? Did you scan the page, get distracted by your phone (alerting attention), or stop mid-stream to think about your next vacation? Or did you maintain selective and executive attention all the way through the article?

Let us know in the comments.

Your Attention Spotlight: How You Can Improve It for Better Learning

A New Way to Measure & Predict an Individual's Attention