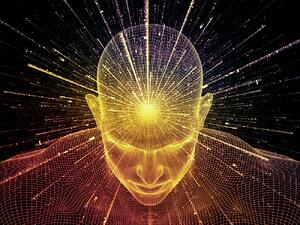 People with autism may simultaneously have too much connectivity in some parts of their brain and poor connectivity in other parts, according to new research from Carnegie Mellon University, USA, published in Nature Neuroscience in January 2015.

The research compared brain scans from a group of people diagnosed with autism spectrum disorder (ASD) and brain scans of a control group with normally developing brains.  The resting brains of the control group looked very similar to each other whereas the scans of the brains in the autistic group were all different. They showed unique patterns of connectivity, different patterns of excess or poor connectivity in each brain.

How could these connectivity differences happen?

Perhaps the poor connectivity could be due to genetic or environmental influences but will that also be the cause of too much connectivity?

Speaking about the latest neuroscience research findings on ASD, Dr Martha Burns, Adjunct Professor at Northwestern University, Chicago, USA suggested a possible explanation for the excess connectivity: something goes wrong in the child's brain which stops the normal "pruning" of dendrites (dendrites are nerve cells in the brain that transmit information). This is the process in normally developing infants where excess brain connections are 'pruned" to enable the brain to be more efficient.

What happens if the brain does not prune itself correctly?

Dr Burns explained, "Imagine a rose bush that is not pruned – what happens? There are many long tendrils that don’t produce roses and choke off the blooms. Similarly if a brain does not prune itself, it is disorganized. It's very noisy - stimuli that should not draw our attention now do.  The ASD brain is overexcited, it can't inhibit stimuli.

She went on to explain that new ASD research is clarifying:

So what does all this mean for parents of children on the autism spectrum?

Firstly it confirms that ASD is a very complex disorder and is not just one identifiable condition. It differs from person to person, from brain to brain.

Even though ASD is not preventable (at this stage in our knowledge), children with ASD can be substantially helped with traditional educational, speech, language, occupational therapy and social skills interventions. The most effective help you can give them is to combine traditional interventions with  Fast ForWord programs that build their language skills and also work to balance the excess and poor connectivity in their brains.

Can Comic Books Help People with Autism Make Sense of Their World?