According to Dr David Bach, a Harvard-trained scientist, physician and serial entrepreneur, the rapidly developing “neuro-performance” industry will change what we understand about the limits of human performance in sport, business and learning. 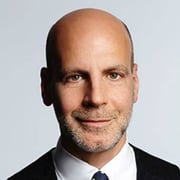 As a parent or teacher, why should you care about this?  And what is neuro-performance anyway?

Neuro-performance is the practice of improving brain function to achieve a higher level of human performance...including speed, strength, decision-making, learning, thinking and the ability to perform under pressure by training the brain so it’s messages are clear, accurate and fast.

It is now being used in elite sports and in business to enable participants to achieve greater levels of performance.

Here is how Dr David Bach describes the current state, and potential, of the neuro-performance industry (extracted from an article he recently wrote for the Worth.com newsletter):

Imagine: It’s December 2025…just a few years from now. You have a critical meeting in an hour, and you need to                 be at the top of your game. But something’s off. Your thinking is fuzzy. You’re nervous, discombobulated.

That experience is just around the corner.

The reasoning here is easy to understand. Because sports is 90 percent “mental,” now that the brain science is                     established, it makes sense for elite athletes to train their brain (e.g., to accelerate its “reaction speed”) in the                      same way they train their body. This technology is rapidly becoming a strategic necessity in the sports world.

At my company, PlatypusNeuro, we recently did a case study with hedge fund portfolio managers illustrating how              neuroperformance technology will soon disrupt the finance industry in a similar manner.

Clearly, once you can accurately measure and optimize portfolio managers’ brains in real time, that capability can               immediately be translated into alpha. And so, in the same way that the technology is disrupting the sports world, it             will soon be a strategic necessity in a broad array of financial arenas.

The first wave of neuroperformance technologies will be relatively unobtrusive, something like brain training apps             and neurofeedback devices. Over time, however, as people become more and more dependent on these                             technologies, the boundaries about what they find to be acceptable will slowly expand.

Neuro-performance for learning and education

While Dr Bach’s article focussed on sports and business, neuroperformance is equally applicable to learning and education.

In fact, one of the earliest innovations in this area is the Fast ForWord program, which has now been used by millions of students around the world to improve their ability to learn and to read & write in the English language.  Fast ForWord was developed by four neuroscientists including the renowned Dr Michael Merzenich who is often called “the Father of Neuroscience”.

Merzenich and his colleagues build Fast ForWord to improve students’ memory, attention, and thinking speed as well as their ability to clearly recognize the individual sounds of the English language.

Numerous studies have confirmed that this neuro-performance technology produces significant improvement in the ability to learn.

The implications of this development for parents and teachers is that the technology to enable better learning outcomes for students of all abilities already exists, and is continuously being improved.

And it will disrupt the way education is delivered.

Whether this is exciting, or a bit scary depends on your point of view. Either way, you need to know that change is happening and the neuro-performance industry is inevitably going to impact more and more how you teach and how students learn.

4 Neuroscientists: How Fast ForWord was Built & The Future

Fast ForWord: How Much Evidence is Enough - Science & Real World