Is Augmented Reality the Future of Learning? 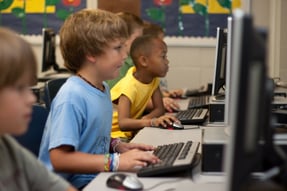 There's a big chance that you've seen one of your students playing with a silly filter on Snapchat, or perhaps you've caught one of them wandering around campus playing Pokémon Go. While they may appear to be typical apps these days, an innovative technology makes them possible — augmented reality (AR).

Not to be confused with virtual reality (VR), which is technology designed to bring users into a simulated 3D world, AR changes the world of the user by adding digital elements into real life through a device.

Here's how this innovation can transform the field of education.

More than a fancy feature on a digital device, AR allows users to open their mind to a realm of possibilities through its interactive nature. Indeed, the government of Victoria recognises the prospect of this technology, as they have joined forces with the AR/VR company Magnify World last year.

The state government has reportedly invested AU$148 million into the company to create three STEM-centric colleges. Of course, technology is no stranger to education. For example, the University of Sydney opened the Immersive Learning Laboratory in August 2017, giving students the opportunity to explore the world of VR.

So how can AR be applied in Australian schools?

By making what used to be impossible to see or experience readily accessible. Case in point, an application called AR Anatomy encourages students to learn more about the human body, as they get to explore the inner workings of the different organ systems. 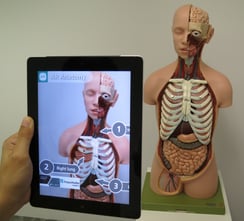 By using a smartphone or a tablet, students are able to more clearly see and understand how the body works thanks to the interactive and detailed 3D imagery, instead of simply staring at a picture of this system on a textbook. This method is already being implemented in the La Trobe University in Melbourne, as CNBC notes that their Department of Anatomy offers all-day access to 3D visuals on their devices.

Apart from anatomy, there's an array of applications that give students a more in-depth educational experience, whether it's geology or interior design. That's because AR applications can take you to outer space or the surface of Mars, and incorporate items digitally in real-life spaces.

What's more, AR is more accessible to students since most of them already have these tech tools, whereas VR often requires pricey hardware. And for students with hearing problems, AR can help them study better because there are applications that can translate spoken English into sign language and vice versa. 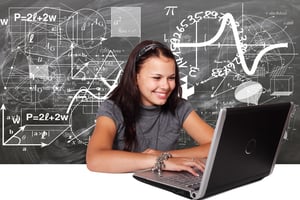 Despite the technology's potential, there are still roadblocks it has to face when it comes to being adopted into Australian schools. Since it's relatively new, and most people have only experienced AR through social media networks or mobile apps, educators might have difficulty integrating it into their curriculum.

Privacy is another concern for many parents who worry their children will be vulnerable to the dangers of the Internet.

But there's no need to fret because these issues can be properly addressed. When it comes to the integration of AR in the classroom, the vital aspects are easy to learn and apply — they can view it simply as a new application on their phone.

Meanwhile, those at the upper echelons of the Department of Education and Training must ensure the privacy of both students and educators by double-checking the security standards of each AR applications they'll implement.

Technology in the Classroom. Are we there yet?

Is this Your Future Classroom?