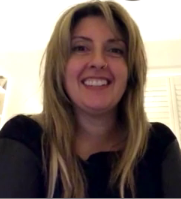 It was clear to Melissa Bowman that her son Hugh was struggling in his first year of school. So she got help from the school psychologist who diagnosed Hugh with Auditory Processing Disorder.

The psychologist suggested that Melissa consider the Fast ForWord program and after researching it, Melissa had Hugh do the online exercises at home for about 6 months. Melissa was delighted with the improvements that Hugh made, including:

Watch Melissa explain what happened when Hugh did the program

Interviewer: You've been working with Hugh, your son, through the program now for some time. How did you get started?

Melissa: I got started with Fast ForWord through the psychologist at my son's primary school. I had Hugh tested for auditory processing. And his left and right ear were not synchronized. So when I was discussing the report and assessment with the school psychologist, she had said, "Maybe you should have a look at this program. So that night I Googled it and I read up on it and I went, "Yes. This is everything that I'm looking for." I signed up and I've since been an advocate with anyone that I possibly know that has similar issues, because it's very common.

Interviewer: So you were obviously very enthusiastic. Was Hugh as enthusiastic as you were?

Interviewer: And it was the iPad that he did it on?

Melissa: Yes. He's been doing it on the iPad most of the time. He loves it. We do it five days a week for half an hour every day. And in our own place, that's the best thing about it.

Interviewer: So going on from the initial enthusiasm, were you surprised at obtaining quick results or did it take a little bit longer?

Melissa: I think I noticed maybe within the first four weeks. So it was little things like just becoming a bit more patient. He was thinking and not being so reactive. So that was a huge thing for me that he wasn't just reactive, doing things without thinking is what his usual caper was. So if someone asked him a question, thinking about what he was going to say rather than blurting it out. He's a lot more patient. He considers every single thing before he does it. His temperament has changed as well, I think.

And he's listening to questions. He's not selectively hearing what he wants to. There was a lot of the time that it was like, "Hugh, Hugh, Hugh," a lot of consistently calling out to him and him just being in daydreaming in his own world, whereas I think now he remembers things and he's a bit more accountable for everything now.

Interviewer: Can I ask you how it was being supported by LearnFast through this process?

Melissa: At first I was a bit ambivalent to think that, "Okay, someone's going to be calling me and what are we going to be talking about, possibly be talking about? I don't even know who this person is." But Caro is the person who I always speak to on a monthly basis.

You've got someone who knows exactly what the program is that you can relate to and say, "He didn't really get this part", and Caro always suggests ways to encourage your child or how to get around the problem saying "okay, maybe it might be an idea to read from left to right or that's how you should approach it".

Or she would say "I can see that he was struggling in or taking a long time to get a particular exercise, and a suggestion would be X, Y and Z".  So I think that support is important and it's helped me.

Interviewer: Was it the personal support that you found most important? Or do you think you could have done that by reading some support material?

Melissa: No. I think it's a bit more accountable when you're speaking to somebody. Reading material, for me, I've got a busy life. I've got the kids and I'm not always available to read text. So having that commitment that I know I'm going to speak to somebody, that's easier . . . I make sure that those phone calls are when I'm by myself and I'm free and I might be on the way to work or whatever.

Interviewer: Okay. Would you recommend Fast ForWord to other people?

Melissa: I have recommended it to other people. Definitely. I can't praise it enough. And I've got a son who's turning three next month and I've already said to Caro, "At what age can I start my next one?" Just because with the neuroscience designed exercises, even if there are parts of that brain development that are already there, I just want it as an extra buffer, because I want to give my kids the full potential of how they can maximize their brain use. I wish there was something like this when I was little, when I was a kid.

One thing that I've noticed, is that it covers an extensive part of learning. So, like I said before, there are parts that Hugh, my son, finds really easy when he's doing the program. And there are other parts that he finds a bit more challenging. And, for me, with the parts that he's finding a bit more challenging I think, "Well, wait a sec. This is where it's exercising your brain. This is your weak link that is now creating a strong link."

That's the best thing for me. I love it, because I see the difference in him. I'm the one who's with him every day and I notice. And I think everyone's noticed. Even the vice principal said to me, "God, hasn't Hugh grown up over the school holidays?"

Why aren't public schools having this as a norm? Why aren't they putting the money into a program like this, so it's across the board and so it's helping so many children?

Interviewer: So looking back, how many months is it again that you've been doing this now?

Melissa: We've been doing it since September.

Interviewer: Okay. So what would Hugh say to you now?

Melissa: He started grade 1 this year, and he said to me after the first week of school, "Oh, Mum. I didn't know what was going on last year, did I?"  I don't know what was happening." I said, "Oh, no, you didn't really. Well, you know, you're a smarter kid now. Slowly, slowly you're learning."

And he said, "Oh, I know exactly what I need to do. When I get into class I'm organized and I know what I need to do." I asked him, "How do you find school? Is it easy or is it difficult for you?" He said, "No, I find it easy."

And especially with the reading that we're doing now, his reading level is of a grade 2-2.4. So he's like a mid-year grade 2 kid and he's 6. His fluency is much better. He's very good.

What is Auditory Processing Disorder?

Could Auditory Processing Disorder be the Reason Your Child is Struggling to Read?