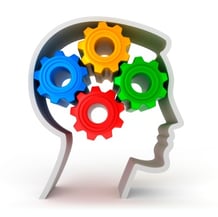 Therese is the mother of three boys who go to Narooma Public School, on the NSW South Coast.

She recently spoke with LearnFast about how Fast ForWord helped her youngest son learn better and made his attitude to school much more positive. The results were so good she now has her middle son on the program.

Why was Matt selected to do Fast ForWord?

“Matt was having trouble in year two with his learning and with his concentration. He would need to be given instructions numerous times.

He was in a composite class and would find it difficult working out which instruction was for him as the teacher needed to give instructions to two different sets of children.

The school put him on a literacy program for children that require assistance with their general learning skills.

He went through that literacy program in the second part of year two. It did help up to a point and then Julie (teacher at Narooma Public School) recommended him for the Fast ForWord program.

“Matt loved doing Fast ForWord. He is naturally competitive. So he loved the idea of doing the exercises level by level and getting the little laminated award to take home at the end of each level.

He'd be really proud of his achievements. I liked the way the goals seemed fairly achievable. He felt like he was doing really well and not getting stuck.”

LearnFast comment: That’s because the exercises calibrate to give students an 80% success rate, so it's adjusting to their responses, making it easier when they struggle or slightly more challenging when they give correct responses.

“I think that's a great idea because it just gives them so much confidence, and encourages them to keep going.”

What changed after their participation in Fast ForWord?

When I'm helping him with his homework, there will generally be a few things he is having trouble with. Previously when I'd help him I'd have to explain it a couple of different ways. He would get there in the end, but he would possibly have problems with the next question that was pretty much the same as the one we had just worked on.

He wasn't always retaining what he had just learnt. And he was certainly taking a long time to grasp it.

That’s changed. I was helping him with some homework last night and he said, ‘I don't get this at all’.

I was quite astounded. That made me feel fantastic! Fast ForWord has changed him.

His assessment at the conclusion of the 5 month program showed a gain of 34 months taking him from an estimated grade of Year two and eight months to a grade of Year five and six months.

It really has made a big difference for Matt.

Although Joe has been in the program for only 6 weeks now, I can see there has been a change in his thinking and I’m sure he will also benefit from the program.

Neuroscience is Coming to the Classroom & Changing How We Teach