How Auditory Processing Disorder and Dyslexia are Related 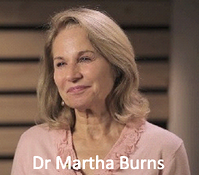 Auditory Processing Disorder (APD) and Dyslexia are related conditions. LearnFast interviewed Dr Martha Burns, international expert on dyslexia and APD, about how they are connected and how we can treat them.

Dr. Martha Burns: Two very new studies have just come out. One was published by a gentlemen whose name is Bart Boats, B-O-A-T-S.  He and his colleagues were looking at identifying auditory processing disorders in children entering kindy and in the first early school years, and then following them to see what kinds of learning issues resulted over time.

It was a very interesting longitudinal study where he found that when children have auditory processing disorders in kindergarten, they're very likely to be diagnosed with dyslexia by grade three.

So we have 2 lines of research that have been going on probably for 10 or 15 years on the link between learning problems and auditory processing disorders.

What this means is that we can tackle a lot of learning difficulties by identifying auditory processing disorders in children as young as we can, as young as six or seven years of age, and treating them right away, so that a child never starts school struggling with the learning process.

I think there are different kinds of dyslexia, and different causes of dyslexia which present themselves a little differently. Dyslexia is a broad term that we apply to children who are significantly below grade level in reading and really struggling with reading.  Usually the criteria is around the lowest decile in reading.

There's a wonderful book called 'Reading in the Brain', by Stanislas Dehaene, a neural scientist who's been studying reading, and he talks about the fact that a child can have trouble learning to read because they have trouble dealing with the letters.

They have trouble perceiving the letters and perceiving the orientation of letters, but a larger group of children have problems learning to read because they either have auditory processing disorders, as we've discussed, or they have language disorders.

Converting the written symbol into a word isn't as difficult for them as figuring out what that word means, or what the grammatical forms of the sentence mean when they read it. Reading is complicated, it uses almost the entire left hemisphere of the brain.  There are different problems that can lead to reading disorders.

I like to say that dyslexia isn't a disease. We talk about cures for diseases. Dyslexia is a learning difference. It involves children who are not as good with auditory processing, or who are having some problems with language and learning the language system.  As they're having problems with learning, I don't think of it as a disease, and if you don't have a disease you're not looking for a cure.

You're actually looking for interventions to help the child to overcome or to bypass some of the difficulties they have in the reading process, and also to augment the systems that are weak.

A famous example that a lot of people know is Chuck Schwab who gives talks on how he was dyslexic and how difficult that was for him.  He's a major C.E.O. of one of the biggest investing online corporations in the world.

I have a daughter who was diagnosed with dyslexia when she was in year three, and she's now vice president with a small corporation in New York City and she's doing remarkably well. She reads very well and manages her life beautifully.

Dyslexia is a Learning Difference

If we think of dyslexia more in terms of a learning difference and think about ways to intervene so that we can get to children early and give them alternate ways, or improve some of the deficits that are leading to the dyslexia, there's no reason that every child can't be a successful reader and learning.

If we think of a learning difference as a disease, if we use what's sometimes called the medical model, then there's a tendency to look for cures, and if you're looking for cures you tend to look in directions of medications, or you tend to do research that's designed in random controlled trials the way you test a drug.

In reality, working with an individual who has a learning difference involves a lot of variables. The variable of the relationship between the teacher, or the clinician, or the therapist and the individual, choosing the right interventions at the right time, and then tailoring the interventions to the individual needs of the child, and when that's done well, children are very successful.

And the other problem I see with disease analogy is when we tend to look at someone as having a problem that is a little scary. They may have a self-image of themselves as having something wrong with them. When you think, on the other hand that really, dyslexia is like many learning disabilities, a learning difference, where the brain is good with some things but it just doesn't happen to be good at reading, then the person starts to realise that they have a lot of strengths.

So their self-image changes when you stop using a disease analogy.