Fast ForWord FAQ # 6 - Is There Evidence That It Works? 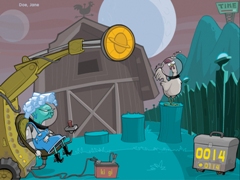 Is there evidence that Fast ForWord works? Are the improvements that parents and teachers see in children who have done the brain training and reading exercises actually supported by research studies?

In fact Fast ForWord is the most researched neuroscience based learning and reading program. There have been over 250 studies involving more than 100,000 students. Some of these studies have been done by researchers at prominent universities such Harvard, Stanford and Rutgers in the USA. Others have been in Australia and New Zealand.

Watch Peter Barnes from LearnFast explain a little about the research.

Peter Barnes:   Most of the research has been done in the USA, because that's where the program originated. But, there's been a number of research studies done in Australia and in New Zealand.

The largest one of those was done in West Australia in a group of public schools where about 140 students did Fast ForWord in a controlled test where they randomly selected the students and put them through the program. They pre-tested them on language and reading skills. Then, they post-tested them on language and reading skills. They compared them with a group of students who just attended school normally.

The results were significantly impressive. So much so that a principal of one of the schools involved said in 40 years of teaching he'd never seen the results that were achieved from Fast ForWord in just a couple of months of use.

Interviewer:  Wow. That's pretty convincing, isn't it? What about the eastern states? Anything from New South Wales, Victoria?

Peter:  There's a private school in Victoria that's done quite an extensive study and actually found that as well as the children who were behind at school getting great benefit, the students who were high achievers in the school, after doing Fast ForWord, even achieved higher results in their exams and in their NAPLAN tests.

Interviewer:  So, could we suggest then that it's not necessarily just about treating disorders but just improving people generally?

Peter:  It does, because it works on thinking skills, memory, attention, the speed at which the brain processes, and the ability to sequence sounds, which is important. All those things are important skills for learning and reading as well as working on language skills. So, yes, it can benefit people who are at all levels of academic and language and reading achievement.