Fast ForWord FAQ # 11 - Is the American Accent a Problem? 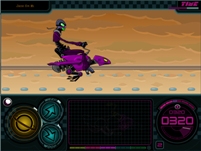 Fast ForWord was developed by American neuroscientists and is used around the world including in all major English speaking countries - USA, Canada, UK, Australia, New Zealand, South Africa and Ireland. The program's words are spoken with an American accent. Some Australian and New Zealand parents and teachers wonder if this impacts its success with their students.

Watch the answer to this question about Fast ForWord by LearnFast specialist, Heidi.

Interviewer:     I guess lastly what I'd like to ask you is it's an American program, and it's got an American accent with the program talking to you. Is that a problem for Australian kids?

Heidi:    No, it's not. The exercises mostly target discriminating initial and ending consonants and phoneme blends. The accent is in the vowel sound, so we find that it does not have an impact on the outcome of the program at all. Children are also quite used to hearing the American accent through media.

Interviewer:   Yeah. I was just going to say, I mean it's not like it's an uncommon accent.

Heidi:    Yes, that's right. Out of the 12,000 odd words, there might be about 20 that are typically American, many of which children would know anyway. But, because they're repeating the exercises daily, once they've heard it two or three times they just adapt and it's fine.