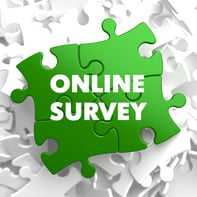 During Semester 2, 2017, educators from Australia and New Zealand participated in a survey to explore how they make decisions about sourcing teaching materials, programs, technology and pedagogy.

This was inspired after an approach by Dr Tanya Vaughan to speak to attendees of the Educating with Neuroscience Conferences in Australia and New Zealand in August about the “Evidence for Learning Toolkit”.

Just how important is evidence in educators’ decision making? The survey also explored the types of evidence and how much was “enough” …

150 educators responded to the survey questions.

The analysis of the data below is in three parts:

Please add your thoughts on the strengths, the constraints and the practical usefulness to educators of evidence-based decision making by emailing us.

Many thanks to those that took the time to provide some valuable insights.

What did they say?

Q: What type of evidence is most important?

Feedback from other educators, published research and case studies of school implementations were by far the most trusted types of evidence.

Q: Was research evidence important when choosing a program or intervention?

Yes, according to an overwhelming majority.

But almost half of the educators who said research evidence is important did not review all of it.

Reasons given for not reviewing all the evidence included issues related to:

Q: Who is the knowledgeable advisor on education programs/interventions whose opinion you value most?

Respondents nominated 29 different knowledgeable advisors whose opinions they trust.  The top one was Dr John Hattie with 13 nominations. Next individual was Sir Ken Robinson with 3.

The “Department/Ministry of Education” was selected by 7 of the educators.

Advice from Universities was mentioned 4 times

Educators prefer hearing from fellow educators. That’s their most trusted source of evidence.

But their biggest challenge is making time to find and review evidence. With the large numbers of education studies, reports and reviews being published weekly, the sheer volume of “evidence” is overwhelming.

And the pressures of curriculum delivery, pastoral care of students and other duties make it difficult for many educators to find time to locate relevant evidence. That also limits educators’ ability to conduct and publish research themselves.

Services like the Evidence for Learning Toolkit may help as it summarises a global education evidence base.

Prof John Hattie: What Works Best and What Doesn't Work in Education

Fast ForWord: How Much Evidence is Enough? Science and Real World