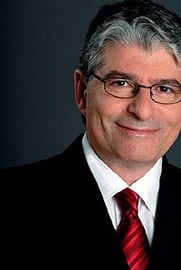 Peter Carabi, vice president of Global Business Development for Scientific Learning has been watching how educational neuroscience is changing learning for students around the world.

He sees how this relativey new brain science, which is the foundation for the Fast ForWord brain training, language and reading programs, opens new opportunities for students regardless of their country or ability.

Peter recorded an interview with the Learning Capacity Podcast in which he discussed English language learning and educational neuroscience.

This blog is a transcript of his comments about the latter.

See the separate blog to read what he said about English language learning.

You can listen also listen to the complete podcast in episode 37.

Peter Carabi: Well, I think the opportunity...it's both the opportunity and a curse right now in my view. This may not be a view that's completely shared by some of my colleagues, but there is a tremendous amount more of awareness of neuroscience right now. But there's also a lot in my view, a lot of companies who are pitching neuroscience in a way that's not backed up by efficacy and I think that's the big difference.

It's one thing to have educational games or educational exercises that are...where the claim is that they're based on neuroscience, or a child does a repetitive game and gets better doing that game, and that's their example of success.

Colin: Okay, so let me just clarify this. We're not talking about a program that makes you better at doing a specific thing, like you're not being trained for a specific purpose. You're being trained, your brain is being trained in a way that makes it better able to adapt to whatever it needs to do.

Peter: Exactly. When you talk about underlying cognitive skills, that is the bedrock upon which everything else is based. And these are not discrete skills. Memory and attention, for instance, they don't operate independently. There's an interaction there.

As you...and that's one of the foundational components of how Fast ForWord was built was that these cognitive skills are worked on simultaneously. And that simultaneous development really provides for the enduring nature of the results that we get.

Colin: Now, we talked today in the conference about some of the things that go on in the brain when someone does Fast ForWord and we were actually discussing the fact that the anatomy of the brain is changing.

So the brain is being rewired, so new neural connections are being made, so the capacity to learn is being improved. But that's actually physically changing the brain. That sounds, on one level, a little bit scary. Should we be scared about that?

Peter: Well, not really when you think about the fact that that plasticity, it all comes down to brain plasticity. And the concept of brain plasticity is rather than it being scary, it's what gives hope to all of us.

Our founding scientists, Mike Merzenich, Bill Jenkins, Paula Tallal and Steve Miller, especially Mike and Bill who were focusing on the brain plasticity side, established that no matter how old you are, your brain is still plastic enough to be changed, even mine, although my wife may not agree from time to time.

That’s what gives hope. When we get success, and this doesn't happen in every case for sure, but we even have anecdote evidence of our programs having impact on stroke victims whose brains have been certainly impaired as a result of their condition and where Fast ForWord has been able to help remediate that situation.

Peter: Well I think when we go into schools, and I know the LearnFast group here does the same thing, there's a certain sort of introductory level of brain science that's very helpful in being able to understand the requirements of the implementation of the program.

Colin: I guess the basic understanding that the brain is plastic would be good.

Peter: And it's really common sense things when you think about it. And we often use sports analogies to get the point across. So if I sign up for my gym membership and pay $100 a month, and that's U.S., so it's real money, right? If I pay that amount of money and if I only go to the gym every second Thursday, I'm not going to get too much out of it because my muscles are not going to change.

There's plasticity there too, right? We're trying to change those muscles. But if I go religiously, if I follow the suggested protocol, if my personal trainer tells me to go three times a week and work out rigorously for an hour, and if I do that, I'm going to see some profound changes.

That analogy works when you start talking about the brain. If we can exercise the brain in a precise fashion as our founders and teams of scientists in the development of the programs, as they intended, these are very precise exercises designed to exercise particular parts of the brain. If we follow that protocol, that's what will lead to the plasticity changes.

Scientific approach and the pedagogy approach

Colin: Now some people will be saying, "Look, I'm not sure this fits with my idea on pedagogy." And in a previous conversation I was having with Dr. Martha Burns about educational neuroscience, she was saying, "Well there's a scientific approach and then there's the pedagogy approach where pedagogy is more of a philosophy of education."

Are these two mutually exclusive, can they co-exist? How does this work?

Peter: Well, I think there has been a divide in the past, but through trying to educate the market place, and through just neuroscience being more well-known now, you can see that divide closing, okay? The two can live harmoniously and should live harmoniously.

The basic principal is, as I mentioned before, let's prepare a brain that's going to be in a better position to learn, let's prepare a brain that has improved cognitive skills so that the content challenges that they're going to be faced with, regardless of whatever pedagogical approach you're taking, that pedagogical approach will have better chance of succeeding.

All we're doing is laying the foundation. We're having that brain do the push-ups and the sit ups in order to get in shape to run the race and the race is pedagogy.

Colin: Yeah, okay. So, I like that picture language of laying a foundation. I'm just trying to imagine when a young child enters school. My son is about to start school, and I think about how prepared is his brain? Well I don't really know.

I guess I'll start to find that out as I start to see how he interacts with school. Tell me, as you look into the future with Fast ForWord and educational neuroscience, is this something that all children should do, can all children benefit from it regardless of where they start from?

Peter: It's always difficult. When we...the answer to your question is yes. I think every child can benefit. But saying that can sometimes sound over the top, right? Yeah, it can sound like a sales pitch. This will help anybody. I believe and most of us at scientific learning believe that indeed is the case.

But where we try to focus our attention is on those children or those populations, or sub-populations of extremely high need. So when we look at the second language learners, looking here in Australia with an increasing number of refugees and immigrants.

They're going to come faced with lots of challenges. Not only do they not know English, which they're going to need to know to prosper in the culture, but they've got all of the factors of stress for instance, that have been imposed on them because of the situation that they're in. That's a high need situation where they can really benefit from our program.

In other cases, children with special needs. If you've got an auditory processing disorder or dyslexia,or if you're somewhere on the autism spectrum, and we have research that shows that our programs do really well in these situations and can help address some of these issues. That's where we focus on.

Now, if we're in a school for instance which purchased our programs initially to address a small population of high need learners, well that word spreads. The success that we can generate spreads to other places within the organisation. And if that leads to other children, perhaps with less obvious needs gaining access to the program, well that's great. It's just the natural progression. But all kids can benefit.

Colin: Just want to pick up there on your comment about refugees. In this conversation we've been talking a lot about Fast ForWord helping people with English. I'm just thinking about the situation in Europe now with a lot of refugees coming from the Middle East.

Peter: Well, if we had a program, if we had Fast ForWord in German, that would be great. Now, this is where it's going to get little complicated.

Just because of the nature of our resources within the company, we're reasonably small company. It would be great if we had Fast ForWord in every language, but we don't. And one of our focus areas is in helping kids learn English.

So it's not likely that we're going to have version of Fast ForWord in German or any other language any time soon. Having said that, we actually get some benefit with kids whose intention is not to learn English, but who have learning challenges.

Even using our English Fast ForWord program, even though their native language might be Polish, it might be German and there's no intention to use the product to help learn English. Now that may sound a little weird.

But it's because many of the exercises within Fast ForWord are sound-based or tone based where we're helping that Polish child for instance, more rapidly be able to discriminate sounds and full names, okay?

So even there, we will get benefit. Now it's a much harder marketing pitch to do that. And that's why, unfortunately, we haven't had as big a impact in Europe as we have in other places in the world. But there can be some benefit. If some day we can have a Fast ForWord in German, I'm sure not only would Angela Merkel be happy, but a lot of new folks coming to Germany would be thrilled as well.

Colin: So the vision looks bright?

Peter: The vision looks bright. Just like anything else, all it takes is time and money.

Colin: Sounds great. Peter Carabi, thanks so much for your time.

Peter: Thank you very much.

Neuroscience is Coming to the Classroom & Changing How We Teach