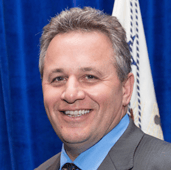 Educators have been a bit late in applying the immense value of neuroscience, but it’s here in education right now, according to Dr Steve Miller, keynote speaker at the Educating with Neuroscience 2016 conference (ENS 2016) in Melbourne on Friday 26 August.

“It's here now, and if you haven't looked you may not have noticed it,” he says. “Here's the examples I give people:

The place where it's last, to be honest, is in the learning space, in education.”

At the ENS 2016 conference Dr Miller will be joined by:

They will be presenting the latest in educational neuroscience research and applications.

Dr Miller and Dr Burns are both renowned for their work in neuroscience over the last few decades, and have contributed directly to the development of neuroscience based solutions and resources that have been helping teachers and learners around the world.

Listen to Colin Klupiec, Host of the ENS 2016 Conference, discussing Educational Neuroscience with some of the speakers in this Podcast:

Educational neuroscience and pressures in education

All Australia and New Zealand educators deserve access to this important information, especially at this time when education is about to undergo potentially disruptive changes.

Colin Klupiec, the conference host, educator and the voice of  The Learning Capacity Podcast puts educational neuroscience and the pressures in education into perspective in these comments:

“When it comes to school education these days, you don't have to look too far to realize that there's plenty of critique of current systems. There are strong movements for reform and a reimagining of what school can be like, and it seems like almost everyone has an opinion.

After all, everyone went to school in some capacity or another. The good part about all this is that the conversation is coming back to the importance of learning, how we understand learning, and how we can improve student learning.

Over the last 30 years or so, emerging work from neuroscience has been helping us understand the brain much better. We can now know the living brain and not just the brain in the jar. We know that it's plastic. It can change, it can reorganize, it can make new connections, and all this can happen right throughout our lives and not just in the early years.

So, what does this mean for education? Have we sold ourselves short, thinking that it's all just about teacher-driven content? Have we gone too far the other way, suggesting that kids can just work stuff out if teachers talk less and allow the students to be more self-directed?

Is the concept of educational neuroscience just another fad or the latest topic for teachers to endure at professional development meetings?

Not a fad, educational neuroscience is real

Educational neuroscience is a real discipline with lots of useful research emerging said Dr Martha Burns in a discussion with Colin Klupiec in an interview on The Learning Capacity Podcast.

“So, if you go online and look at educational neuroscience programs, you'll see that almost all of them started after about 2010, 2011, 2012.   Universities would say, ‘We have just initiated a new doctoral program in educational neuroscience.’ So, it is a formal discipline. It does exist, it does have its own body of research, but it is brand new.”

Techniques and tools from educational neuroscience are being applied around the world and in Australian and New Zealand schools.

One of the speakers at ENS 2016 is Bruce Horman, Head of Junior School in Victoria. His school has been using a neuroscience program for the last four years. Here is just one of the examples he uses of how successful it has been:

“I pulled in a couple of kids who just tried and tried and no matter what they did could only get themselves up to mid-range average. And then all of a sudden their parents were coming back to me and saying we've noticed a massive difference in our girl in the last two or three months since she has been doing the (neuroscience) program.”

The Educating with Neuroscience Conference 2016, hosted by LearnFast, will address big questions and provide practical insight for educators on how to use emerging knowledge of neuroscience to make student learning and teacher job satisfaction better.

Educational Neuroscience: A Wave of Change for Teachers & Students

Your Attention Spotlight. How You Can Improve It for Better Learning

The New Science of Learning: Teachers Build Brains with Neuroscience