What is the best treatment for my child’s dyslexia? How can we improve his/her progress learning to read? 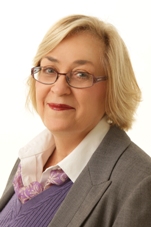 To get answers to this question, LearnFast recorded a video interview with speech language pathologist and dyslexia specialist, Devon Barnes.

Key points from this interview include:

Watch the video on the LearnFast You Tube Channel.

Interviewer: Devon, how do you treat dyslexia?

Devon: First of all, we would want to have an assessment done to determine the level of dyslexia and the significance of the underlying processing difficulties that we know are often the main issues with dyslexia. So first of all for a sighted person, we need to make sure that their vision system is working correctly, both their visual acuity and their focusing ability and eye muscle control. We need to make sure that they can hear correctly so that they are then better able to perceive the sounds in words.

We know one of the underlying problems of dyslexia is this difficulty with analyzing sounds in words, what we call phonological processing. So, we would need to see what level of difficulty the student has in that area. And then basically, we do know and all the research tells us, that the most effective way to treat dyslexia is to explicitly teach the correspondence between letters and sounds, the sequential processing of sounds in words, and whole word recognition; then developing eventually onto reading fluency.

Interviewer: Do we talk about cures?

Devon: When we think about a cure, we usually think about it in terms of a disease. So you have a disease. For example, you might have cancer and that can be cured with treatment. But dyslexia is not a disease, so we would never talk about a cure for dyslexia because it isn't a disease. It's a condition that is very treatable. But I think if anybody offers a cure for dyslexia, I'd be very cautious of that because we know it's treatable, but my belief is, it doesn't ever really go away completely. So you can certainly treat it and really improve the skills of the person with dyslexia, but I would never use the word "cure" for dyslexia.

Interviewer: I think it's interesting that you mentioned that it would never go away completely. Does that mean that a person can still succeed in life, if I could use that term?

Devon: Yes, and many, many, many successful people in the world today are known to have had dyslexia. Tom Cruise is an example, and Kerry Packer, one of the wealthiest Australians we've ever had, was reported to be dyslexic. So dyslexia is no bar to being successful at all.

Interviewer: Well, you've just mentioned two professions there that are pretty far apart from one another. Are there any particular professions that people who suffer from dyslexia can be particularly good at?

Devon Barnes: Well, once upon a time I would have said yes, because if your profession requires a great deal of high level reading ability and writing ability, you would find that more difficult, for example, something like journalism or law. But that being said now, with technology, they would not even be professions that wouldn't necessarily...you couldn't achieve in with dyslexia. Because now we have the technology as I mentioned earlier, the speech to text and text to speech technology helps the person with dyslexia get around those issues. So really, I don't think there's anything you couldn't do if you're a person with dyslexia.

Interviewer: You also mentioned before that it's not related to low IQ. I guess coupled with what you've just said, that really does throw the door quite wide open for people to choose whatever career they want?

Devon: Yes, and I think by doing an assessment at some stage in life, but also not necessarily assessment but just understanding a person's strengths, people are going to be much more successful and get a lot more enjoyment out of a career where they're doing something they love; or where they're doing something that they have a real talent for. I mean, a job is not hard if you're doing what you love.

And so, understanding the strengths of a person with dyslexia and developing those strengths really helps them achieve in life. There are many successful people with dyslexia who have fantastic visual spatial skills, for example, architects, designers, artists, musicians who thrive despite their dyslexia.

Interviewer: I guess coming back now to a younger person who might still be at school. They might be struggling perhaps with the system or the way that they're being assessed. The news is very positive then for them for the future, in that their condition may not necessarily need to be an impediment for their professional future?

Devon: Exactly. And I think the key for those students is to have early diagnosis and very explicit teaching and intensive teaching. We know that for someone with dyslexia, they're going to have to do more practice with reading and spelling than children without dyslexia. I use the analogy that sometimes they have to put in 1,000 times more effort for 10% of the outcome, but that is a reality for these children, that they do have to work harder to develop the skills that a child without dyslexia doesn't have to do. But often that comes with great strength of them. I'm always amazed at the students I work with and their ability to keep going, to keep trying. They know they've got to work harder, but they do it. And they just amaze me every day.

Interviewer:  That's great news, Devon. Thanks so much.

Want to know more about dyslexia?

Dyslexia & Intelligence: Is there a connection?

How Strong is the Link between Auditory Processing Disorder & Dyslexia?