Dyslexia is Not a Disease: Its About Brain Organisation 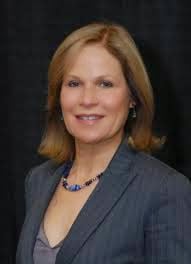 As anyone with a ‘dyslexic’ child, student or family member will probably know, “dyslexia” is a term used widely, and often not very accurately, to describe a range of reading difficulties. To get some clarity about dyslexia, what exactly Dyslexia is, and the issues for parents and teachers of dyslexic children, LearnFast recorded a video interview with Dr Martha Burns, international dyslexia expert.

Watch the video on the LearnFast You Tube Channel


Prefer to read the video transcript? Here it is.

Interviewer: One of the comments you made was that dyslexia is not a disorder, and I can imagine that that would be a surprise to many people. Can you elaborate on that comment?

Dr Martha Burns: Well, it's my opinion, so I should say that I can't say that hundreds of thousands of people would agree with me on it, but I think that what we're learning from neuroscience is that children who have dyslexia have a brain that's organized differently.

They have many strengths, they have many intellectual capabilities, it's just that reading is not their strong suit, and some of the capacities that underlie reading, like phonological awareness is hard for them.

And I liken it to... I had a professor, a wonderful professor, her name was Doris Johnson who said we all have learning disabilities. We all have something we can't do very well, whether it's carry a tune or draw a picture or play sports. So rather than call it a disorder or a disability, if we think about it as a brain that's organized differently, it gives a more positive approach to what we want to do about it and we stop using words like "cure" or "fix" and we use words like "intervene".

And we can think of working with the children in ways that strengthen those underlying skills, just like if I were going to the gym, I'd want to strengthen my arms and I'd want to improve my endurance.

And so, if you think of brain fitness as a model for how we can help children who are struggling to learn to read, then we don't have to use words like "cure," we don't have to think of it as a disease or a disorder, and children's self-concept may be more positive, and so might the parents'.

Interviewer: Could we extend that to other conditions like ADHD or Autism perhaps?

Dr Martha Burns: Actually, definitely ADHD. There is a whole group of researchers in neuroscience who also believe that ADHD is not, per say, a disease for sure. That it is a difference in the way the attentional mechanisms mature, especially the frontal lobe of the brain, it looks like, at least at this point in time, and that it is possible to accelerate the maturation, it is possible to train attention.

Dr Martha Burns: It is.

Interviewer: But he didn't have trouble with those symbols. So can you describe what was going on there perhaps?

Want to know more about Dyslexia?

Dyslexia – Where to Get Help

What is Dyslexia - How do I know if I have it?

Dyslexia & Intelligence: Is there a Connection?

How Strong is the Link Between Auditory Processing Disorder & Dyslexia?