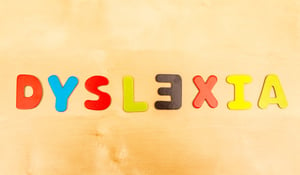 Earlier intervention for children at risk of reading problems, and strengthening the area of their brains that distributes sound will probably prevent a lot of reading failures.

These are some of the conclusions from the latest (2019) research into dyslexia, according to Dr Martha Burns when she presented Scientific Learning Corporation's 5th annual webinar on updates to dyslexia research to mark Dyslexia Awareness Month, in October.

Dr Burns referenced many of the articles about dyslexia which were published in 2019.

Here are highlights from just two of the 2019 articles (courtesy of Amy Takabori from the Science of Learning Blog).

Interventions are typically not early enough.


Too many schools employ the “wait-to-fail” approach to dyslexia diagnosis, meaning they wait until children fail to learn how to read before providing them with targeted support. Sound familiar? This approach causes long-term damage to students’ education, mental health, and future economic success.

Led by Harvard researcher Dr. Nadine Gaab, Sanfilippo et al. (2019) argue for earlier dyslexia interventions. They state, “Currently, children are typically diagnosed at the end of second or beginning of third grade (and many much later), after they have already failed to learn to read over a long period of time and have fallen behind their peers academically” (p. 8).

Rather than wait until age eight or nine to diagnose and treat dyslexia, parents, teachers, and clinicians can recognise “key linguistic and pre-literacy measures in children as young as four years old” (p. 7). The following are predictors of dyslexia to look for in young children:

As she summarised these findings in the webinar, Dr. Burns claimed, “If we can get to them as 3 and 4 and 5-year-olds, and we can build up their cognitive skills—working memory and attention, build up their auditory processing skills, build up the brain’s capacity through multiple repetitions to become more plastic to sensory stimuli, then we probably could prevent a lot of the reading failures we have in schools.”

Parents, teachers, and clinicians should look for predictors of dyslexia in children as early as preschool. Remediation should begin as early as possible rather than waiting for them to fail at reading.


While there is broad consensus that dyslexia is primarily an auditory disorder, rather than a visual one, its precise neural mechanisms are still unclear. Debunking the widely accepted assumption that dyslexia is caused by an atypical structure in the cerebal cortex, an international research team recently discovered a precortical processing weakness in the dyslexic brain.

In their article in the Journal of Neuroscience, Tschenstscher et al. (2019) report that, compared to neurotypical brains, dyslexic brains have underdeveloped white matter in the fiber tract that connects the left auditory thalamus (medial geniculate body, or MGB) to the auditory cortex (motion-sensitive planum temporale, or mPT).

In other words, the connective bridge between the thalamus and cortex is weak in a dyslexic brain. The thalamus is a gateway for sound to be distributed throughout the brain. Dr. Burns explained, “When you hear anything, the gateway to every part of your cortex - your sensory cortex - is the thalamus. So, the thalamus distributes the signal.”

First, dyslexia is neurological - it is a condition that stems from underlying differences in the brain, which is not the child's fault. That means that the most effective dyslexia interventions will strengthen these specific underdeveloped areas of the brain.

How to Treat Dyslexia: What We Have Learnt in 40 Years