Dyslexia & Intelligence: Is there a Connection? 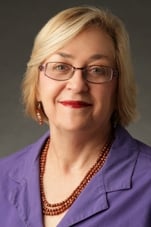 Some teachers and parents can mistake a dyslexic child for someone who is lacking intelligence. But the truth is dyslexia has nothing to do with a child’s level of intelligence.

In fact many very intelligent people – like Richard Branson, founder of the Virgin group of companies and Charles Schwab who pioneered the discount stockbroking industry – are dyslexic and had trouble learning to read.

To get some insight into this question, LearnFast recorded a video interview with speech language pathologist and dyslexia specialist, Devon Barnes.

Watch the video on the LearnFast You Tube Channel

Interviewer: Devon, you mentioned before that dyslexia is not related to a lack of intelligence. Can you expand on that, please?

Devon Barnes: Absolutely. We know that very, very many people with dyslexia have very high IQs. In fact, at the moment, I'm working with about four or five students between the ages of 9 and 16, who have IQs in the superior range. But they just happen to have dyslexia.

Interviewer: In the superior range? So do you meet many children like that?

Devon Barnes: Yes, I do, frequently. Many of my students are very, very bright young people, who just happen to have dyslexia which has impacted on their ability to read and spell. Conversely, you can have a child with a low IQ that struggles to learn to read, not related to dyslexia. But if a child has a low IQ and additional problem with dyslexia, that just is going to mean that they're going to have even more difficulty learning to read. But knowing that, most people with dyslexia are, at least, average or above-average IQ. So, it is not related to intelligence at all.

Interviewer:  So, how does a really smart kid deal with their frustration with reading and writing and language, when they must know, inside, that they are a bright person? How do they deal with that internally?

Devon Barnes: Well, we tell them they're bright, but often because of their failure to read and spell, they don't think of themselves as bright. So, it's very important for those students that we develop all their strengths. So work with their strengths, develop those strengths, so they've got a way of self-expression that's not to do with reading and writing. Many of my students with dyslexia are talented musicians, or talented artists, or elite sportspeople. And so, we need to really develop those strengths, so that's where they're going to get their self-expression. And it is very frustrating for them, because they're told they're bright, but when you see what they produce on paper, it doesn't look like a bright child.

The good thing, today, for these students is that we have a lot of technology, now, that can really assist them. So, we have speech to text technology, and text to speech, so they can now, instead of having to write an essay or an assignment, they can now speak it into something like Dragon. And it will type it for them. Conversely, we've got lots of technology, now, which is text to speech, where it can read text for them. If they're struggling and have a lot of text to read, you know, to do research on an assignment, so. Life has become easier for these students. Obviously, we have to teach them how to use technology. But technology's certainly making their life a lot easier, these days.

Interviewer: So, do we see the brighter kids who have, or suffer from, dyslexia, get frustrated at school? Because perhaps the school system doesn't reflect their ability to express their intelligence?

Devon Barnes: That's completely correct. And quite often, a teacher, and not any fault of the teacher, but the parents will say, "Look, we've had this assessment done, and my child's really bright", and the teacher will say, "Well, that's not what I see on paper." So it's a lot of education of teachers, to help them understand that you can have dyslexia and be very bright. And finding ways of teaching that child that doesn't involve just reading and writing. So quite often, children with dyslexia are very good verbally. So they can learn by listening, and doing. And they can often give back information verbally, whereas they wouldn't be able to put that on paper. And so, now, having things like readers and scribes for exams, is very important for children with dyslexia. So they can show their knowledge in a way that's good for them, rather than having to force them to write it, when we know that that's going to be a real problem for them.