Auditory Processing Disorder - what brains do with what ears hear. 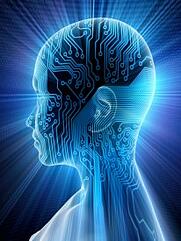 How is it possible that your child can hear quite well but they don’t understand what they hear? They could have auditory processing disorder (APD).

To get some understanding of this complex issue, LearnFast asked Devon Barnes, speech pathologist and APD specialist to explain in a video interview.

Interviewer: So Devon, we're talking about auditory process disorder. I'm thinking about a classroom, you've got lots of students; you think there's lots of brains in there listening. Is listening different to hearing and processing? How does that work?

Devon: Well, hearing is really, we think about hearing acuity, the very softest sound you can hear across a range of frequencies, and hearing basically takes place in the ear within the cochlear.

Interviewer: Right, so processing is something more than just hearing.

Interviewer: So is it likely that you might have a bunch of students who look like they're listening, but there's just nothing actually going through that auditory cortex?

Devon: Absolutely. It's probably that there's something going on, but the processing may not be happening effectively, and there are different aspects of processing that can be problematic in different students.

Interviewer: Right, so it sounds like the brain's actually really working quite hard to process what it hears. Can you expand on it?

One of the most common difficulties for students with auditory processing disorder is hearing in a noisy environment, just like in a classroom.

Interviewer: Yeah, well there's plenty of that going on, I can assure you. So from experience, having been in a classroom, sometimes, it's the classic thing, I wonder if I can hear myself think. So someone who actually has the disorder, they might actually be experiencing quite a lot of stress, I would imagine.

Devon: Absolutely, and you'll often hear parents say that these students are exhausted at the end of a school day, because it's taking all of their energy to listen. They have to work so hard to keep listening to what the teacher's saying.

Interviewer: So the art of actually listening becomes, not only difficult and frustrating, but then something almost like a skill that poor student has to work on, perhaps harder than somebody else.

Devon: Very much so, and also working harder at it really doesn't help them very much, because there are glitches in the brain that is preventing them from processing accurately. So it's like when a teacher says to a student, "Just work harder," if the mechanisms aren't there for something to be processed, telling them to work harder doesn't help.

Interviewer: So we're going to cover this my next question a little bit more in further videos, but I'm assuming then that someone who has auditory processing disorder might actually be identifiable in a classroom, perhaps by their behaviour or their facial expressions? They might look a bit stressed out?

Devon: Yes, that could be a factor. One of the most common issues would be when they seem to not be paying attention, or where they lose attention after a time. APD can often be confused with an attention deficit. But when we look at our students with auditory processing, we find that they only have a problem maintaining attention when it's a listening situation. It's like the brain gets overloaded with auditory information.

Interviewer: Right, okay. So what you're suggesting is that something we could be looking at as purely a behavioural problem is actually a lot deeper than that?

Interviewer: Wow, yeah. So we're talking about the fact that maybe some of these things could be misdiagnosed, like a kid could say, "Look, I've got A.D.D.," or they're taking pills, whereas actually, if you think about it a bit more deeply, I mean, I'm assuming that clinicians or doctors or whoever would have done their proper analysis, but it is possible that these things can be misdiagnosed?

Devon: Absolutely, it can be misdiagnosed, and it's only when you've got a very informed person doing the assessment, who's very aware of auditory processing disorder, that you're able to make those fine distinctions, whether it is auditory processing or an attention difficulty.

That being said, though, there are students who have both conditions, and that's not uncommon as well.

Interviewer: Right, okay. So I'm just wondering, just for the sake of a bit of a graphic here, does the auditory processing happen in a particular part of your head? Can you point to it? Is it in the front or the back or, where is it happening?

Devon: Basically, when the signal leaves the ear, the peripheral hearing system, the cochlear, from there, the signal has to travel along the auditory nerve through a pathway, through the brain stem, and up into the auditory cortex, which is basically in your left temporal lobe. So that is where language and speech sounds are processed. So things can go wrong anywhere along that pathway.

Interviewer: Wow, so it's a complex part. The way I'm hearing it is that there could be many places where there could be a dis-function or a disorder, which could possibly compound the problem.

Devon: That's right. The research into this really began with looking at adults who had a brain injury, either through stroke or tumour or head injury, where they lost a function, an auditory processing function. So they could look at that part of the brain, and they could look at the function that was lost, and say, "Well that part of the brain is responsible for that function."

But over time, we've taken those same tests that came out of adult research to say, "Well, in a child, they don't have an injury to the brain, but parts of those brain pathways are not developed or not functioning as they should to be able to process effectively."

Interviewer: Right, well, this sounds like a very interesting topic. I look forward to exploring this further. Thanks, Devon.