Are Teen Girls More Vulnerable to Bullying than Boys? 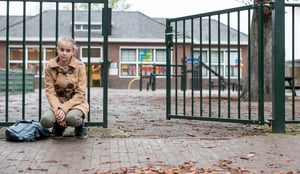 Girls are bullied more often than boys. And are more likely to consider, plan, or attempt suicide as a result.

These are the conclusions from a Rutgers University study of 4 years of data from the USA Centre for Disease Control’s Youth Risk Behaviour Survey 2011-2015. The study, published in the journal Nursing Research, challenges the common belief that boys suffer most from bullying.

The study found the effects of bullying are significantly higher in females than males on every measure of psychological distress or suicidal thoughts and actions.

But among females, Pontes says, “the bullying is often the kind that's not visible. It's often relational bullying, such as excluding someone from activities and social circles, or spreading rumours about them. The actions are not overt, so they could go on for a long time without anyone else knowing”.

"Our school interventions should understand the differences in bullying and how we might better address females who are bullied," she says.

Should Your Students Get a Social Media Digital Licence?

How Do We Reduce Bullying in Our Schools?  NSW Government’s 4 Criteria

Bullying Can be Even Worse for Children with Disabilities