Are Robots Coming to a Classroom Near You? 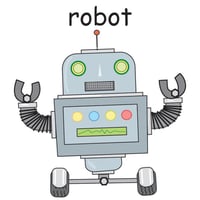 But it’s highly likely robots will be used to assist human teachers in the not too distant future.

That’s according to a research study by scientists from universities in USA, Japan and Europe.

The study involved a review of more than 100 published articles, which have shown robots to be effective at increasing learning outcomes.

Because of pressures on teaching budgets, and calls for more personalised teaching, scientists have started to build robots for the classroom -- not the robot kits used to learn about technology and mathematics, but social robots that can actually teach.

The study shows robots are proving effective in teaching certain narrow subjects, such as vocabulary or prime numbers.

But current technical limitations -- particularly around speech recognition and the ability for social interaction -- mean their role will largely be confined to that of teaching assistants or tutors, at least for the foreseeable future.

"Robots can free up precious time for teachers, allowing the teacher to focus on what people still do best -- provide a comprehensive, empathic, and rewarding educational experience”, the report’s authors say.

Recent developments in China may provide us a glimpse of the future.

The Hong Kong based English language newspaper, the South China Morning Post, has reported  kindergartens across China have adopted an artificial intelligence robot to help interact with their pupils.

The robot interacts with the young children by playing games with them, singing, dancing, reading stories, carrying out conversations and even doing maths.

Since it was launched in 2016, the robot has been used in some 200 kindergartens across the country, the South China Morning Post reported.

How soon will it be before you see a robot in a classroom near you?