A Tale of Two Brain Training Companies: Science vs Hype 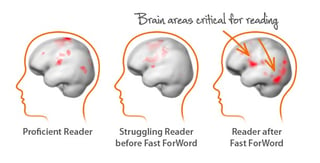 Lumosity, one of the most visible providers of adult online brain training games around the world, was hit with a 2 million dollar penalty in 2016 by the US Federal Trade Commission, due to unfounded claims on the efficacy of it’s product.

According to the USA Federal Trade Commission press release "Lumosity preyed on consumer’s fears about age related cognitive decline, suggesting their games could stave off memory loss, dementia, and even Alzheimer’s disease”.

Furthermore, subscribers were told that training on Lumosity for 10 to 15 minutes 3 or 4 times a week could help them reach their “full potential in every aspect of their life”.  However, according to Jessica Rich, Director of FTC’s Bureau of Consumer Protection, “Lumosity simply did not have the science to back up it’s ads".

The complaint also included that some testimonials from satisfied customers on their website, were written as part of a competition that offered "significant prizes" for these endorsements.

The federal court found, that before making claims in the future about benefits that their program provided for age or health related conditions, the company would need to show "competent and reliable scientific evidence".

Lumosity agreed to settle, and paid the 2 million dollar penalty.

Neither the USA Trade Commission action nor the settlement called into question neuroscience "brain training" products but rather Lumosity’s aggressive marketing and their own unfounded claims.

In a statement to NBC News the Lumosity company stated they “remain committed to moving the science of cognitive training forward and contributing meaningfully to the field's community and body of research."

Lumosity’s website currently states that while their randomised study, using crossword puzzles as an active control, had produced results which “are promising”, they needed “to do more research to determine the connection between improved assessment scores and everyday tasks in participants’ lives. That’s our next focus.”

Back as early as the 1960’s, Dr Michael Merzenich & Dr Bill Jenkins had discovered that the brain could and would adapt when influenced by sensory experiences – in other words, the brain actually changed physiologically when it learned or experienced something new. Furthermore, progressive training could actually accelerate the rate at which the brain changed.

Dr Paula Tallal’s revolutionary research published in 1973, found that speech and language difficulties were often related to children’s auditory processing problems. She had discovered that the root of the difficulty was distinguishing between rapid speech sounds - and that extending their duration, allowed these children to successfully distinguish between sounds.

Dr Steve Miller’s contribution stemmed from his years of experience in the treatment and assessment of developmental language and reading impairments and expertise in running clinical and longitudinal studies on children with these disabilities.

All were looking for a way to practically apply their knowledge.

In 1993, a serendipitous "meeting of the minds" at a conference, saw the beginnings of a practical application for their exciting findings. Years of scientific research had shown them that reading success relies on a solid foundation of rapid, consistent auditory processing and oral language skills. Traditional tools, regardless of how expertly and frequently applied, did not work for most struggling readers until these more foundational skills were remediated.

After obtaining research funding, the four neuroscientists took advantage of advances in computer software technology to make a program both engaging and strong enough for use outside the clinic, to be used in classrooms and at home - and Fast ForWord was created.

Since then, their discoveries in educational neuroplasticity, have been continually evolving, to translate scientific knowledge into action.

By constantly amassing and learning from research data, the 4 neuroscientists and Scientific Leaning, have backed their claims with science and solid research results.

How Fast ForWord was Built by 4 Neuroscientists

NAPLAN 2015: How Fast is it Possible to Improve Literacy & Numeracy?