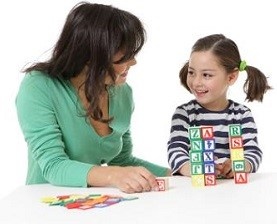 Is your child ready to begin school?

If you could remember back to your first year at school - Kindergarten or Prep depending on where you lived  - you may recall it as a relaxed opportunity to learn, amongst other skills, the formal pre-reading and maths skills needed for first grade. Back then these were generally taught through guided play activities.

Children starting kindergarten / prep are now often expected to be ready to learn what was previously taught in first grade. Given these expectations, parents worry that their preschoolers may not have the preparation or maturity needed to succeed in today’s kindergarten classes.

This concern is especially acute in Australia, New Zealand and the UK where the school starting age, 5 years, is amongst the lowest in the world. In most of the rest of the developed world children do not start school until a year or two later. The starting age is 6 years in USA and in most of Europe (some countries such as Sweden, Finland and Switzerland start even later at 7 years). In Asia, Chinese children start school at 7, and Singapore, Malaysia, Korea and Japan start at 6. Israeli children don't comence their formal schooling until they are 6.

In Australia, it is possible for a child to start school as young as 4 years and 6 months if they live in NSW.

So how do you decide if your child should start school next year?

Kathy Walker, Melbourne education consultant, early childhood expert and author of the book  Ready Set Go advises that school readiness is mostly about your child's emotional and social maturity.  She suggests 10 ways to tell their level of maturity: 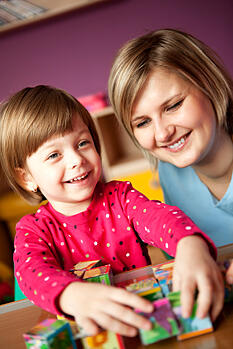 Even if your 4.5 year old child scores pretty well on Kathy Walker's 10 tests, and you think they are OK to start school, should you send them into an envronment where some of their classmates may be a full year older? Maybe not, according to Malcolm Gladwell author of Outliers: The Story of Success.

In this book Gladwell describes how Canadian children who become the best hockey players usually started playing age-class hockey with an age advantage of up to a year over their team mates. Gladwell writes of 10 year old players, " A 12 month gap in age represents an enormous difference in physical maturity." He goes on to point out that larger and more physically co-ordinated kids get noticed as potential league players and are selected for extra coaching, they get more practice and they gain more confidence. This leads them to become better players, all stemming from their age advantage over their teammates.

The same principle applies to areas of much more consequence, like education, he asserts. An age difference of 12 months for 5 year olds can make a tremendous difference in their emotional and social maturity.

He writes, "The small initial advantage (for the older child) persists. It locks children into patterns of achievement and underachievement, encouragement and discouragement, that stretch on and on for years".

Kathy Walker says, “Don’t send a child to school already thinking they can repeat if they have to. You want the first year of school to be exciting and successful, not just one where the child attempts to ‘cope’ and then has to do it all again.”

Was this blog helpful? If so, let others know about it by sharing on social media, or sending the link to a friend or colleague who may find it useful too.

Not so helpful? Let me know how I can improve by leaving a comment below.